For a little something different my wife and I decided to try out the rather gourmet looking cooking school, cafe and caterers named The London Chef. The London Chef has opened a spectacular space on Fort Street, in our home town Victoria BC. (Yes I’m talking about culinary arts… watch out!)

I understand that normally during its evening classes the London Chef is setup with 2 people to each cooking area (of which there are seven) and all of you cook along with the chef who also comes by and gives guidance as you go.. could be fun! But the price tag for two can be a bit of a barrier… so an inspired mind came up with the idea for a “Night in Spain”, which was the event we attended this past Thursday night.

What was a Night in Spain? Besides fantastic it was 4 cooking stations producing different spanish tapas each manned by a professional. Bowls of sangria, spanish guitar and a dancer, Salt’s Spring Ale, and Ottavio’s were also essential to creating the nights artistic, fun, friendly and experimental atmosphere. Ottavio’s is a fantastic Victoria (Oak Bay) european deli and they were onsite participating and manning a couple of the delicious tapas stations.

At each of the tapas stations attendees would conglomerate around and learn about what was being served and see it being made. Each ingredient and the process was described. Some of the tapas were simple, cheeses with bread and a delicious tomato sauce to the more complex and entertaining to watch, pan fried prawns.

I won’t attempt to describe all the different artistic concoctions suffice to say the evening was a blast, the folks at the London Chef are knowledgeable, friendly and entertaining. I even learned a thing or two about how to cook prawns, and learned that yes, I really do need a gas stove! 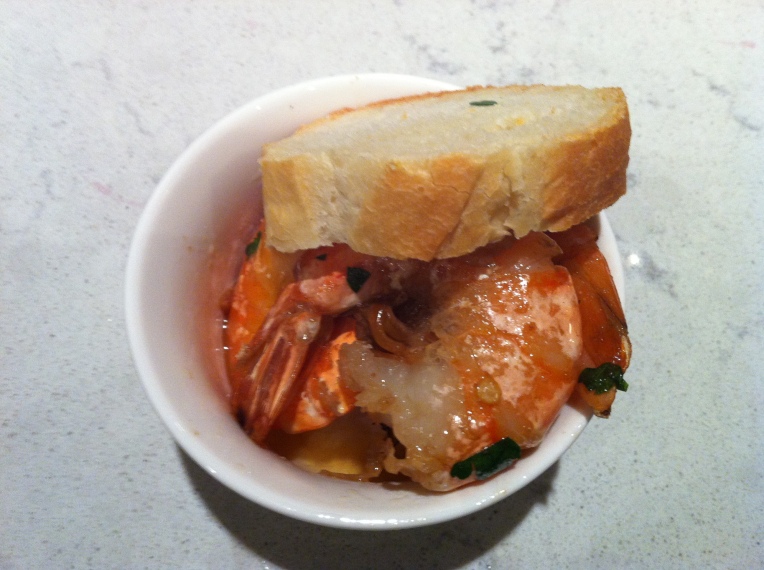